When the Angel of History Plays with Fire

Producing some of the wittiest artistic pranks in sculptures, installations, photography, and video works, in an ever more pompous art world, Fischli/Weiss have always advocated wild thinking. Michal B. Ron writes about the duo's major retrospective exhibition at the Guggenheim.

The Swiss artists Peter Fischli (b. 1952) and David Weiss (1946-2012) have collaborated as duo for 33 years, from 1979 up to 2012, when Weiss’s unexpected passing, at the age of 66, brought their joint oeuvre to a close. Producing some of the wittiest artistic pranks in sculptures, installations, photography and video works, in an ever more pompous art world, Fischli/Weiss have always advocated wild thinking. Now, Rat and Bear (Sleeping) (2008), their alter egos, Take over the Solomon R. Guggenheim Museum, in New York, with their comprehensive retrospective “Peter Fischli David Weiss: How to Work Better.” In fact, Guggenheim’s landmark, the architectural rotunda, couldn’t have worked better for the presentation of Fischli/Weiss’s production, which had been continuously going round and round, repudiating any logical direction or progress. And the empty costumes of Rat and Bear (who are of course only “sleeping”) on the museum’s ground floor, cleverly play the haunting presence of the now half-absent exhibition protagonists.1 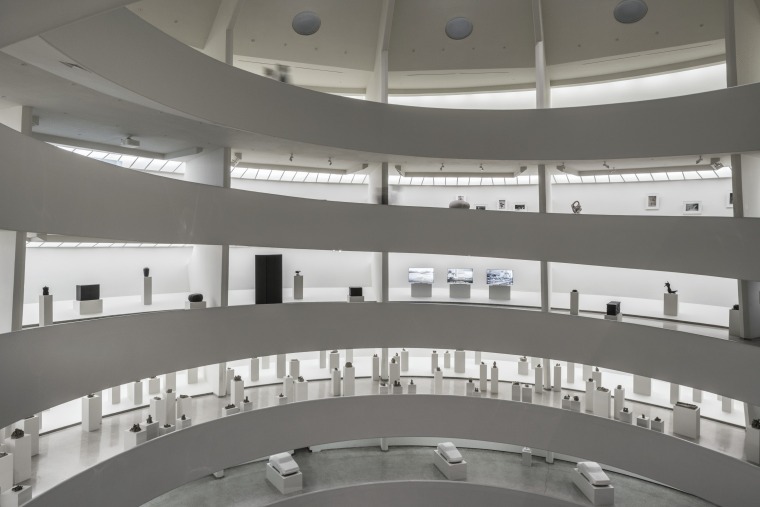 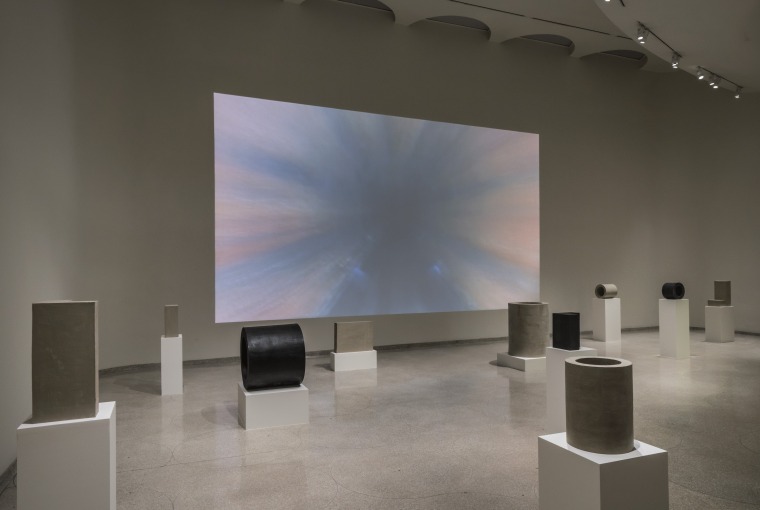 The exhibition leads the viewers from one project to the next, each in itself superfluous. There are plenty of sculptures, like Cars (1988); a lot of photographs, such as Visible Worlds (1986-2012), a series of tourist-style pictures of sites around the world in sunny weather, and Airports (1987-2012), taken in airports around the world in any kind of weather; hours and hours of video footage, documenting daily activities of labor and leisure – I happened to witness a woman measuring and evaluating cats in a competition – in Untitled (Venice Work) (1995); and lest we forget, the number of objects the artists have carved from polyurethane and then colored (1991-), to achieve the true likeness of the equipment and, well, stuff, in an artist’s studio, including paint tubes and pizza cartons, meticulously producing very persuasive not-readymades. 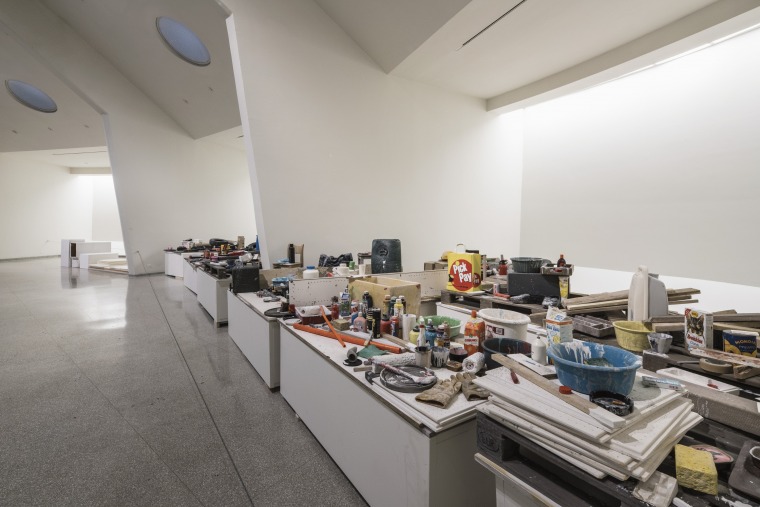 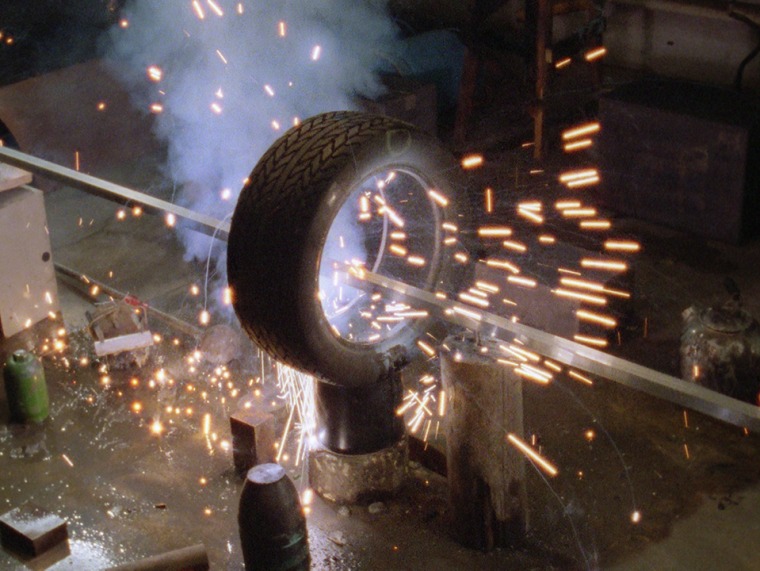 In Suddenly This Overview (1981-) the artists created a visual encyclopedia made of unburned clay, depicting every historical fact or concept, known or imagined, that came into their minds. Among other moments, they sculpted “The First Fish Decides to Go Ashore”, and “Jesus Walks on Water, the Fishes Are Amazed.” They also dealt with dichotomies through “Full and Empty Dog Bowls,” or squirrels demonstrating “Few and Plenty” with the quantities of their nuts. Economical and social concepts are rendered simplistic and ridiculous, while the world’s history is displayed in amateurish produced bad sculptures. Only the earlier photographs of the Sausage Series (1979), representing scenes of culture and consumption through compositions of sausages and household items, were more idiotic, in a liberating sense. A good example is pickles as customers that seem to negotiate the patterns and sizes of different sausages At the Carpet Shop. 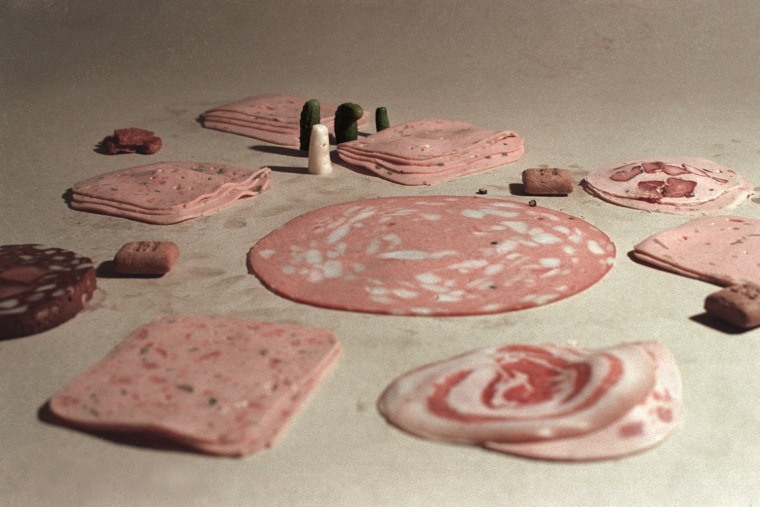 The artists show no distinctions, neither between the beautiful and the banal, nor between the significant and the trivial. Fischli/Weiss cannot be differentiated through authorship, and in their continuous projects one year seems no different than 33 others. What is there is always what there is. According to Friedrich Nietzsche, such is the time-perception of the animal, existing happily in a present of blissful forgetfulness2. Fischli/Weiss introduce such a being-animal in their work, which indeed includes many cats, dogs, pigs, lambs, and more. And while Rat and Bear ubiquitously inhabited New York City in posters advertising the exhibition, Büsi (Kitty) (2001) the cat was lapping milk on multiple screens in Times Square every mid-night throughout February. 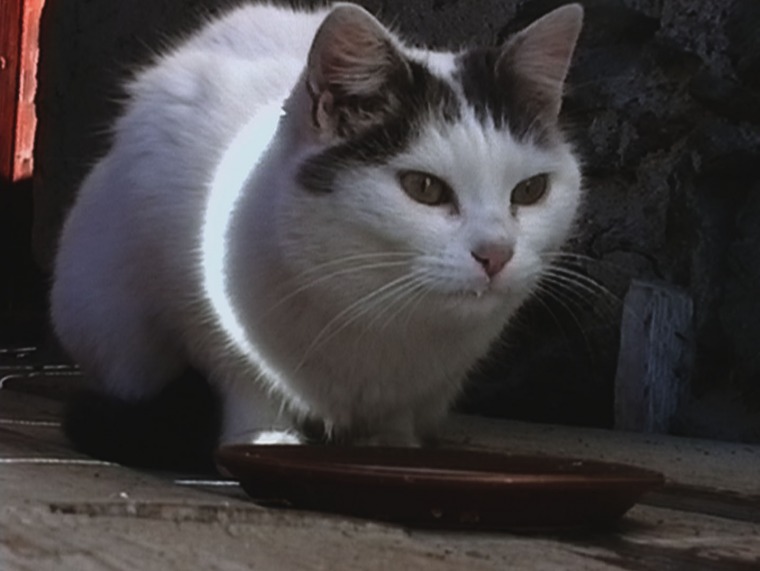 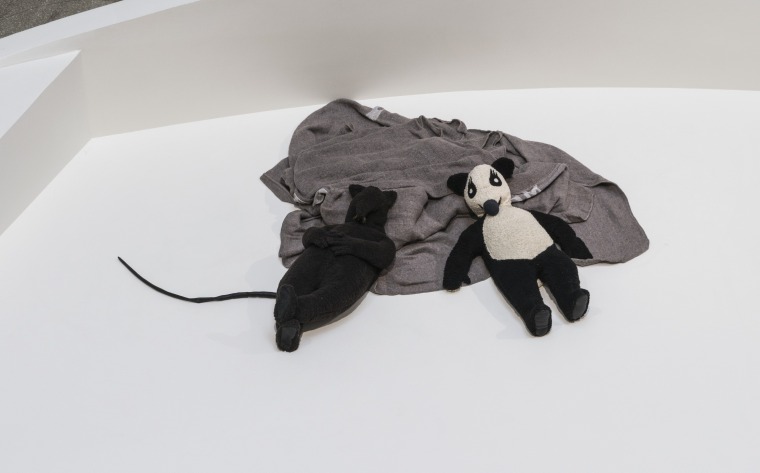 Animals inhabit not only profound philosophical ideas, but also the world of cartoons. In the films showing the adventures of the human-sized rat and panda bear they express both: The Least Resistance (1980-1981) shows slapstick scenes in the urban environment of Los Angeles, whereas The Least Resistance (1983) depicts romantic struggles in the alpine wilderness3. Fischli/Weiss embrace animal mannerisms in their actions, in both the Nietzschean sense of a constantly regenerating present, and in the cartoonish sense of absolute absurdity and dark humor. The most epic of their untamed activities is documented in The Way Things Go (1987), their famous video concluding the possibilities discovered in the photographic series Equilibres (A Quiet Afternoon) (1984-1986). Whereas in the photographs the artists have captured domestic items in compositions that stayed in equilibrium against all odds and expectations, in the video constant movement was created as a chain event. Objects roll, fall, hit, and push one another, and thereby activate various chemicals that stir everything forward, in an endless happening that seems to have no goal. This has often been seen as historical critique: disaster awaits the ripe conditions to erupt. This is Walter Benjamin’s Angel of History turning wild, or rather a reinterpretation of Paul Klee’s beasty-looking Angelus Novus: no longer helplessly looking in horror at a pile of debris left by the storm we call progress; here, the angelus raises his hands just after igniting the dynamite!4 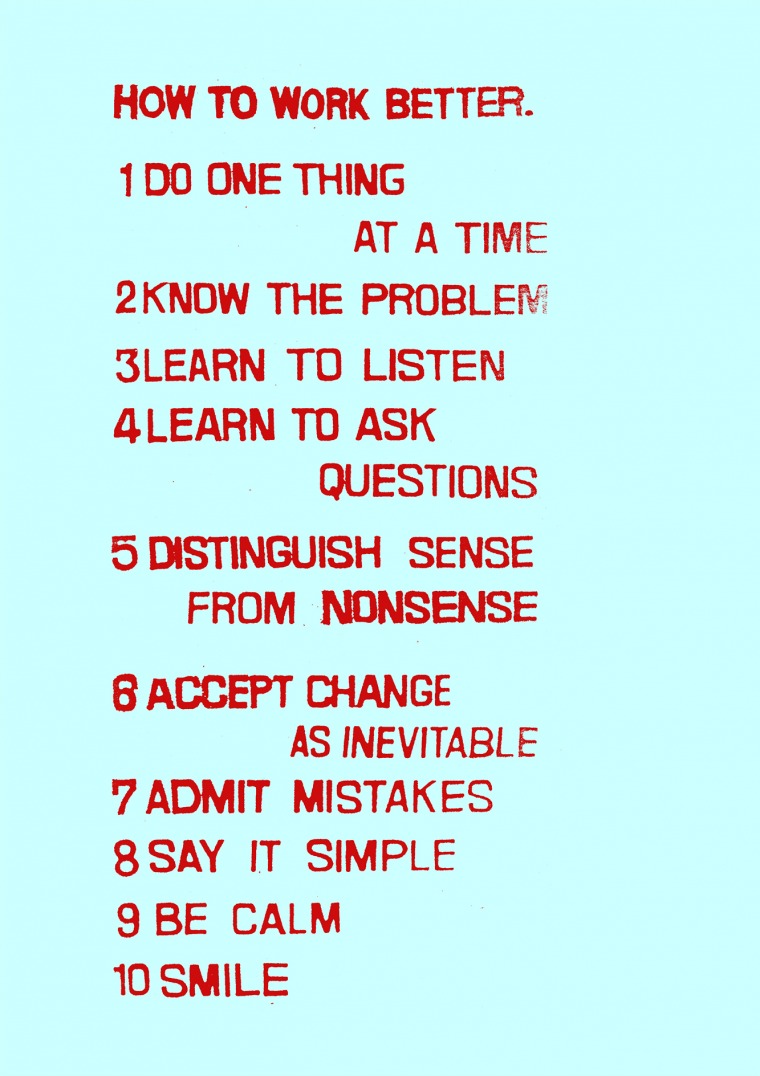 As a final note, I would ask - isn’t there something machoistic in all this playing with physics and fire by two male artists, reminiscent of Jackson Pollock’s dripping paint on a horizontally laid canvas, subject to the artist’s acts? If so, isn’t there also something machoistic in Nietzsche, Benjamin, Klee’s Angelus, and in Tom and Jerry as well? Whereas for patriarchal thinkers femininity has been traditionally closer to the animal, perhaps we can find here a complementary model, in which the machismo turns wild: free to play with explosives, rationalize history, and compare few and plenty through the size of the squirrels’ nut pile. 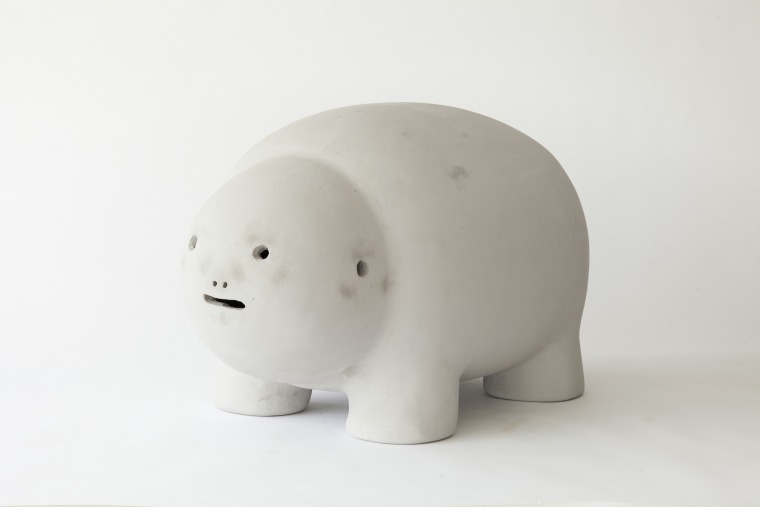 Peter Fischli David Weiss: How to Work Better is on display at the Solomon R. Guggenheim Museum until April 27, 2016 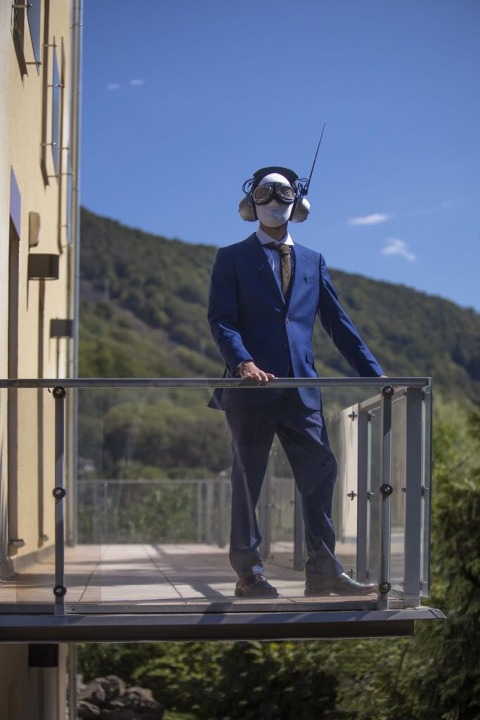 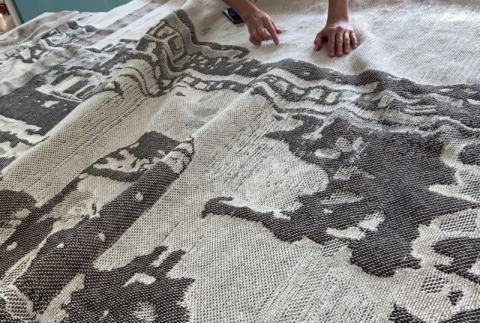