Into this Dark Forest They Have Already Turned

Dorota Gawęda and Eglė Kulbokaitė look into the emotion of fear interspersing a number of text excerpts they collected throughout their Young Girl Reading Group sessions with behind-the-scenes photography from the making of their recent video piece Mouthless Part I. 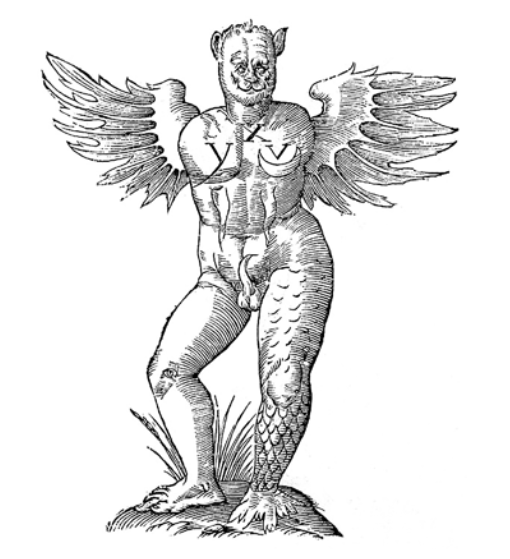 In the middle of our life's path
I found myself in a dark forest,
where the straight way was lost.
(Dante, Divine Comedy, Inferno 1:1-3)

(Forests: The Shadow of Civilization by Robert Pogue Harrison) 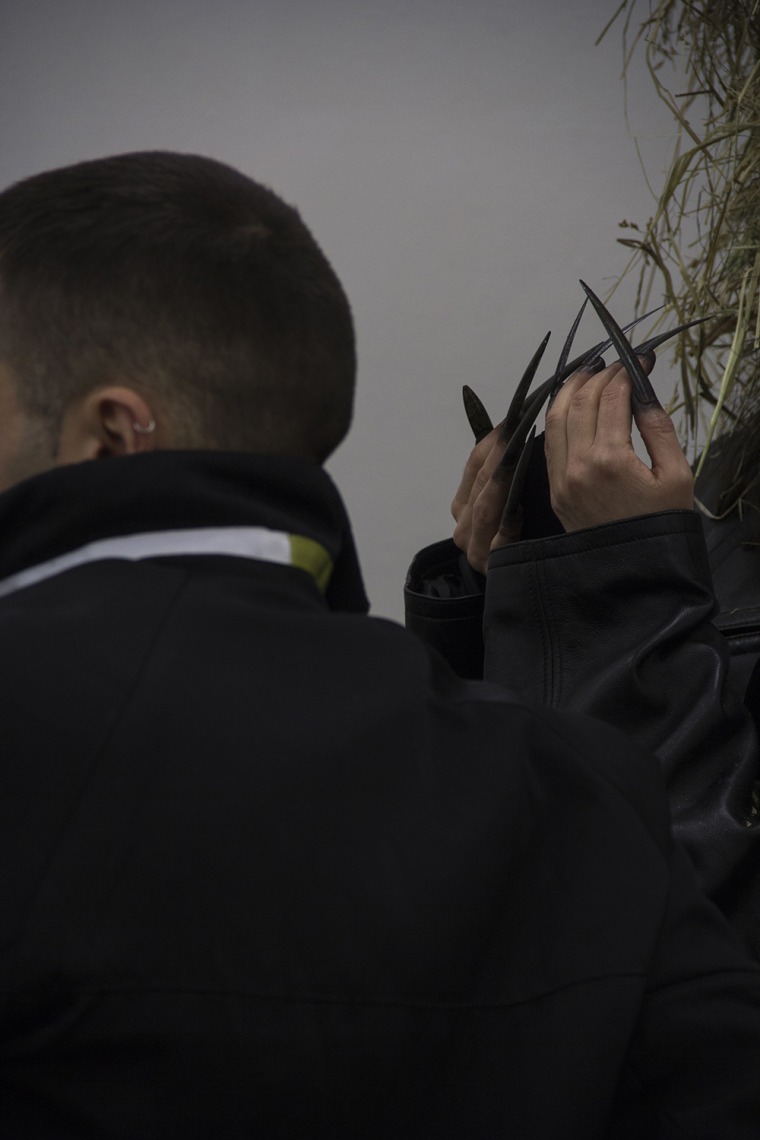 Dorota Gawęda and Eglė Kulbokaitė, In the Spill (Azur and Julia), 2020. Courtesy of the artists

Emotion seemed to attach itself more particularly to the bushes, to these lengths upon lengths of trees, crowding, so thickly growing there, swarming everywhere the eye could reach, pressing upon the river as though to suffocate it, standing in dense array, width after width beneath the sky, watching, waiting, listening.

(Excerpt from Altered from The Willows by Algernon Blackwood) 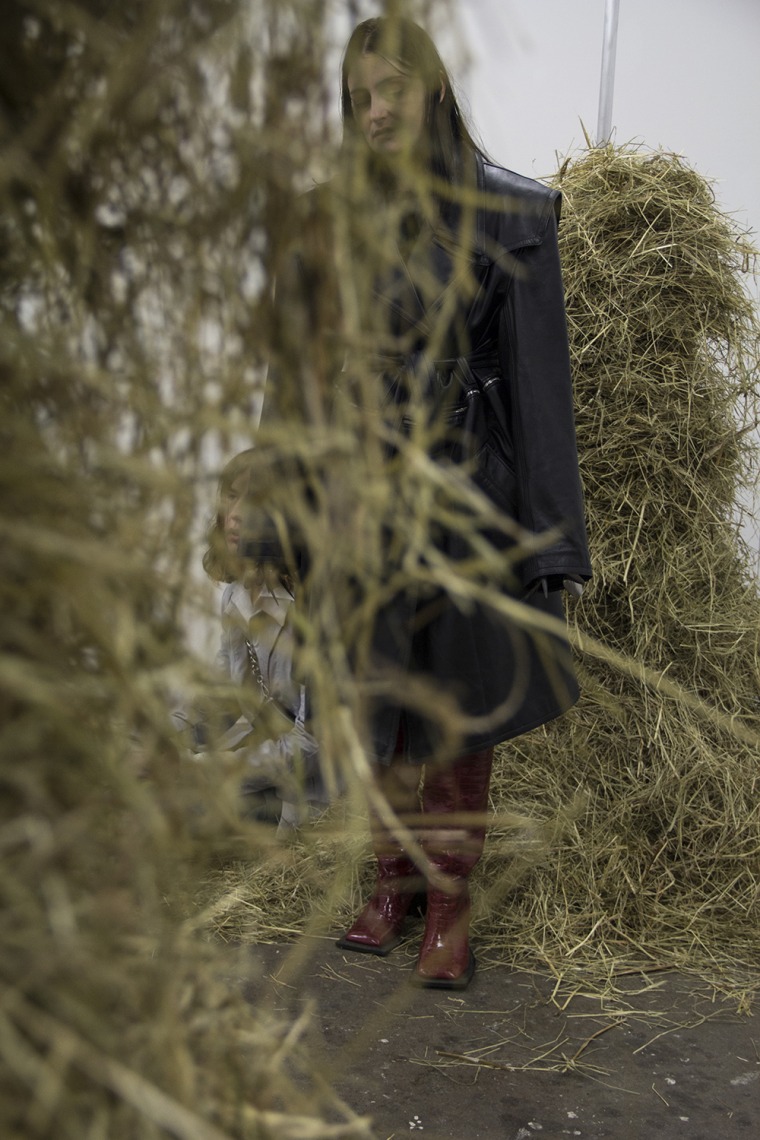 Dorota Gawęda and Eglė Kulbokaitė, In the Spill (Julia and Amadeus) 2020. Courtesy of the artists

In the summer of 1927 a sprig of masterwort grew in front of Cornspike’s cottage. Cornspike observed it from the moment it put a thick, fat, stiff shoot out of the earth. She watched as it slowly developed its large leaves. It grew all summer, from day to day, and from hour to hour, until it reached the roof of the cottage and opened its ample canopies above it.

“What now, my fine fellow?” Cornspike said to it ironically. “You’ve pushed yourself so far, you’ve climbed so high into the sky that now your seeds are going to germinate in the thatch, not in the ground.”

The masterwort was about two metres high and had such mighty leaves that they took away the sunlight from the plants around it. Towards the end of summer no other plant was capable of growing beside it. On Saint Michael’s Day it bloomed, and for a few hot nights Cornspike could not sleep for the bittersweet aroma that pervaded the air. The sharp edges of the plant’s mighty, sinewy body bounced off the silver moonlit sky. Sometimes a breeze rustled in the canopies, and the overblown flowers showered down. The rustling noises alerted Cornspike to raise herself on an elbow and listen closely to the plant living. The whole room was full of seductive aromas.

And one night, when Cornspike had finally fallen asleep, a young man with fair hair stood before her. He was tall and powerfully built. His arms and thighs looked as if they were made of polished wood. The glow of the moon illuminated him.

“I’ve been watching you through the window,” he said.

“I know. The smell of you disturbs the senses.”

The young man came inside the room and stretched both hands out to Cornspike. She snuggled in between them and pressed her face to the hard, powerful chest. He lifted her slightly so that their mouths could find each other. From under half-closed eyelids Cornspike saw his face – it was rough like the stem of a plant.

(Excerpt from Primeval and Other Times by Olga Tokarczuk) 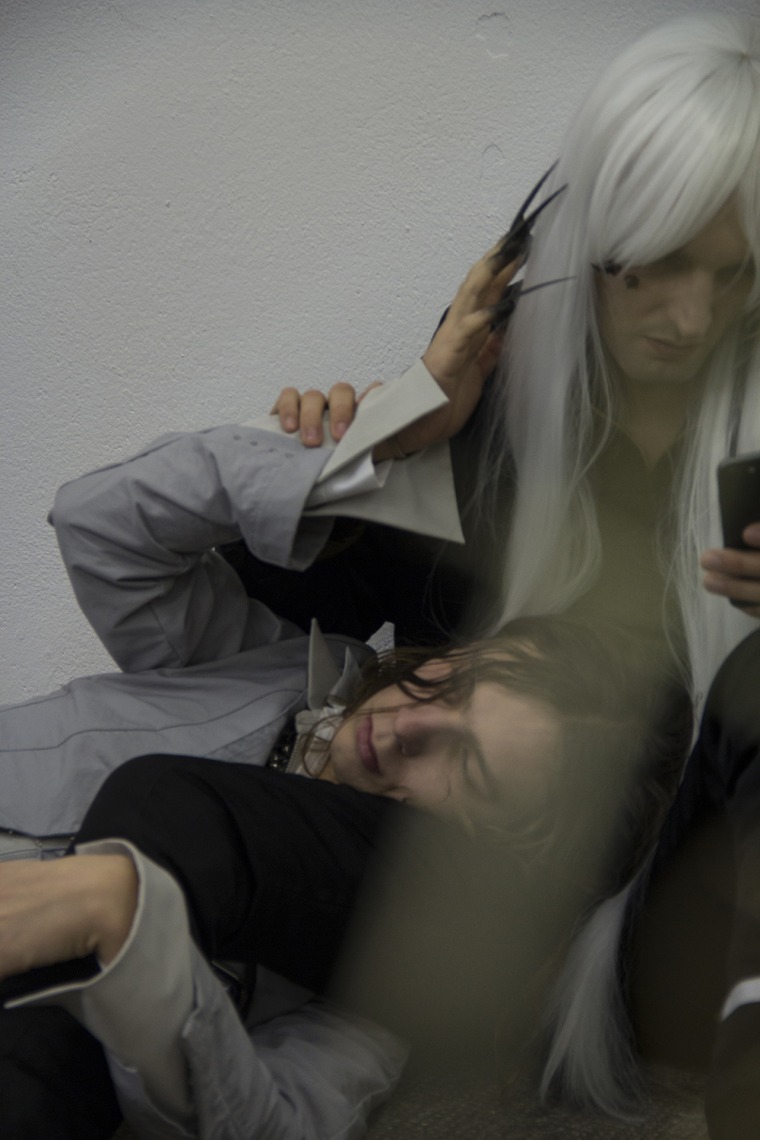 Dorota Gawęda and Eglė Kulbokaitė, In the Spill (Amadeus and Azur), 2020. Courtesy of the artists

Sinfulness, error, errancy, alienation from God - these are the allegorical associations of Dante's selva oscura, or dark forest. The forest stands for the secular world as a whole deprived of God's light, or better, for the perdition of a soul cut off from God's saving grace. The protagonist finds himself disoriented and bewildered in the midst of his mortal life. The straight way is lost. The forest of moral confusion is deviant, pathless, issueless, terrifying. Leaving aside its allegorical import for a moment, we may remark that the opening of the Divine Comedy may well be the first occurrence in literature of a motif that will later become archetypical: fear of the forest. In earlier medieval literature we encounter protagonists who fear wild animals or malicious brigands in the forest, but Dante's fear in the "Prologue Scene," as it is sometimes called, has no specific object. It is a vague and indefinite fear verging on existential anxiety. In effect it is the forest's alienation itself that terrifies him:

Ah, how hard to describe it,
This savage forest, so dense and rugged,
Which even in memory renews my fear!
(Dante, Divine Comedy, Inferno 1:4-6)

(Excerpt from Forests: The Shadow of Civilization by Robert Pogue Harrison) 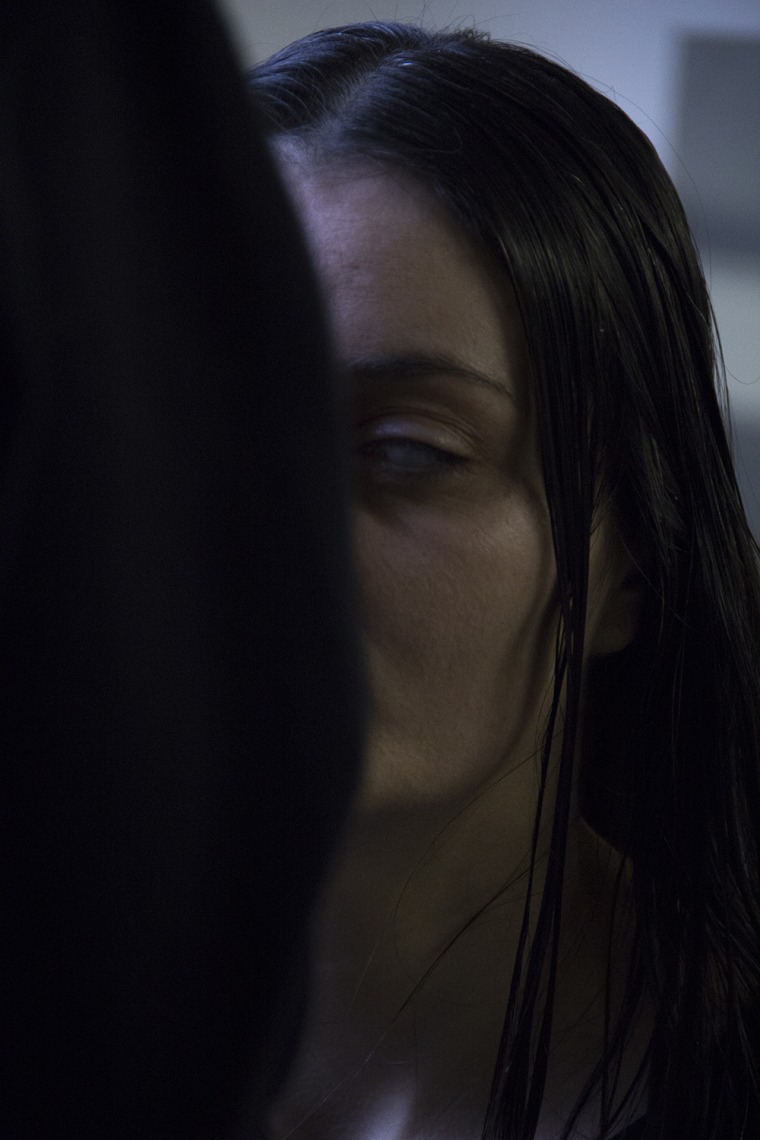 Queerness to many is the horror of blurring boundaries, a strange distortion between inside and outside. 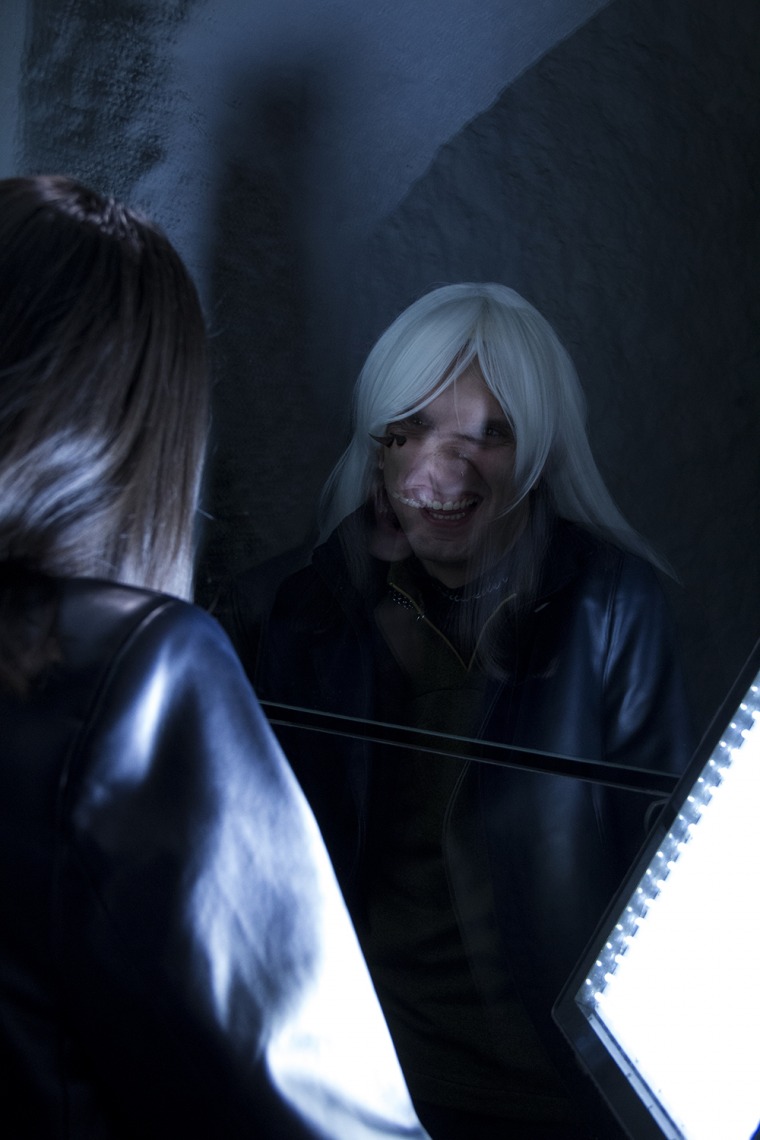 Demonology was rooted in medieval Europe; and the creation of the social stereotype of the witch, a stereotype that was the keystone of an ideological edifice for political persecution, was developed by the Catholic Church in an epoch marked by great political and social upheaval. Although this stereotype had been elaborated in a narrow, local context, once developed it acquired a life of its own. While the formal theological construct shaped the official rules by which ortho­doxy and heresy were to be judged, the stereotype penetrated and became a part of European folk belief, of the popular cul­ture. It became a standard for judgment and a cultural evalu­ation which was applied outside the boundaries of the specific context in which it had been conceived. The Spanish conquest of Peru thus transported the devil, and his ally the witch, to the Andes.

Confronted with the startlingly different cultures of the New World, the Spanish Crown and Catholic religious au­thorities began the process of creating institutions that would bind these newly discovered lands to the mother country. An integral part of the colonization process entailed the campaign waged by the Church to destroy indigenous religion. Although the clerics who accompanied the first conquistadors and ad­ministrators might have engaged in disputes over the nature of the indigenous soul, and over the theological justification of conquest, almost all agreed that the devil was flourishing in the Andes. How else to explain the de­votion displayed by these people toward the hills, trees, stones, the sun, the moon, rivers and springs.

(Excerpt from Moon, Sun, and Witches: Gender Ideologies and Class in Inca and Colonial Peru by Irene Silverblatt) 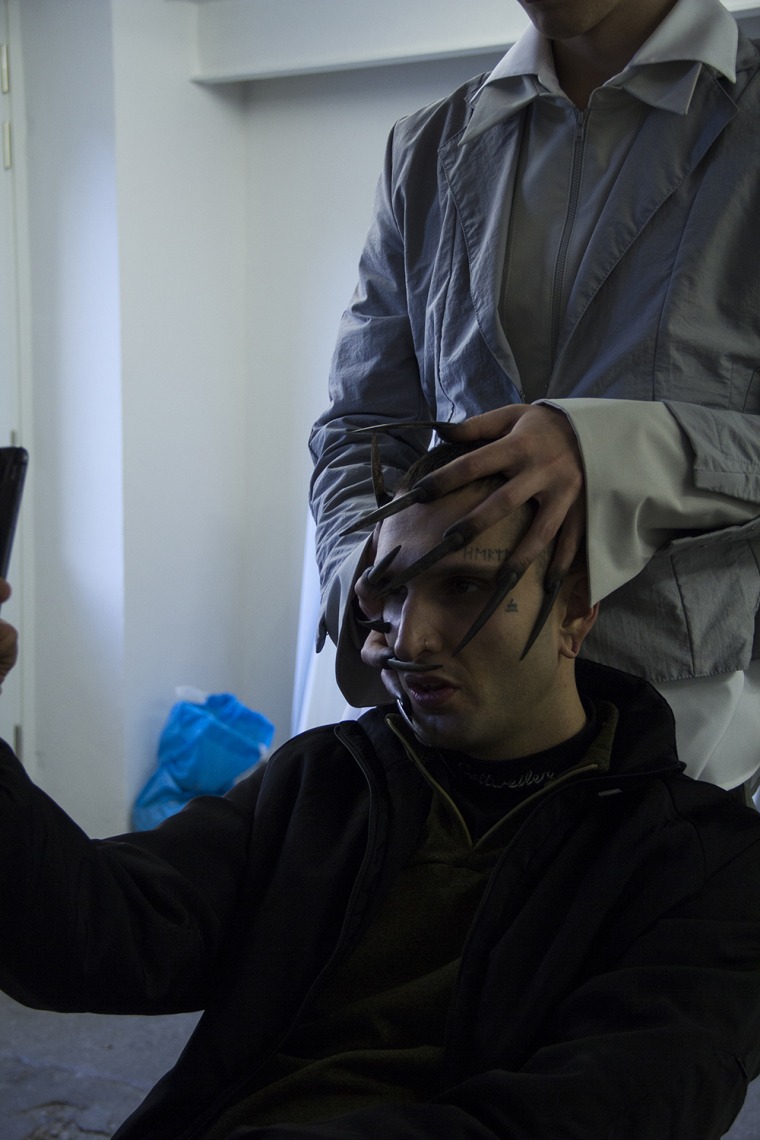 Once or twice while wandering through the forest I met some of the villagers bending awkwardly over herbs and plants, their deceitful faces revealing the schemes in their hearts. I got great amusement from this. The art of doing evil is a complex one. If it is based on the knowledge of plants, this must be combined with the power to act on the unseen forces, which are rebellious by nature, transient as air, and need to be invoked.

(Excerpt from I, Tituba, Black Witch of Salem by Maryse Condé)

Into this dark forest they have already turned. 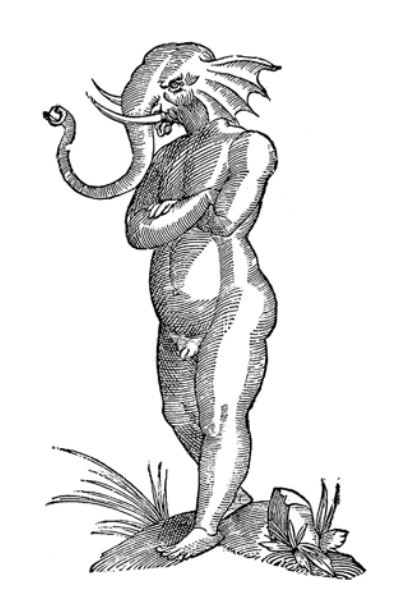 The selection of the excerpts reflect on Gawęda and Kulbokaitė’s current research and is gathered throughout a number of the Young Girl Reading Group sessions. The excerpts are selected from the following sources (listed in alphabetical order):

I, Tituba, Black Witch of Salem by Maryse Condé
Forests: The Shadow of Civilization by Robert Pogue Harrison
Moon, Sun, and Witches: Gender Ideologies and Class in Inca and Colonial Peru by Irene Silverblatt
Primeval and Other Times by Olga Tokarczuk
The Willows by Algernon Blackwood
Mouthless Part I by Dorota Gawęda and Eglė Kulbokaitė backstage moments.

This text is part of a special issue in collaboration with The Lithuanian Cultural Institute, edited by Juste Jonutyte. 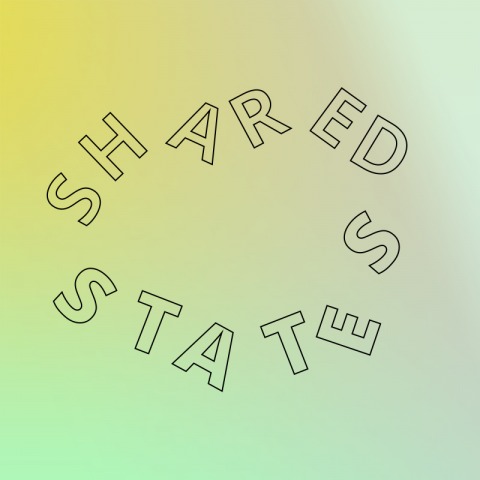 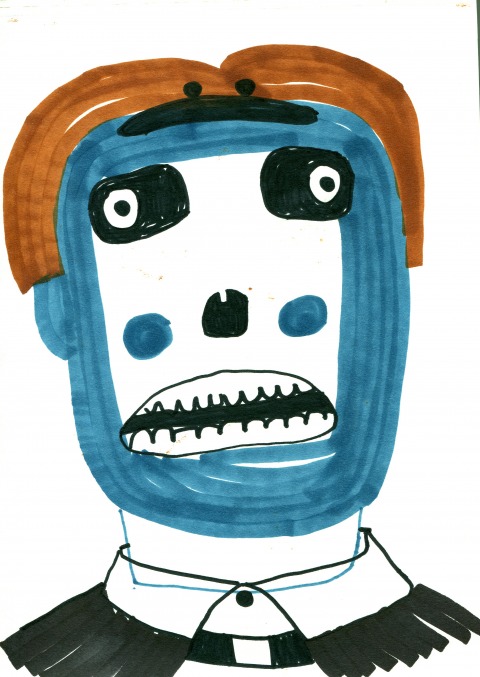 On the Economy of Disappointment